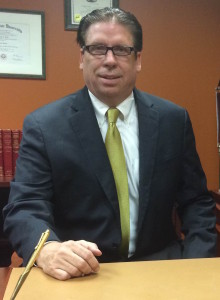 During his thirty-two years as an attorney, David has litigated cases in many different jurisdictions. He has personally tried cases and has been published for the cases that he has tried in the Arizona Court of Appeals, Arizona Supreme Court, Arizona District Court, California District Court and Ninth Circuit Court of Appeals. He has tried many high profile cases to jury conclusions and has represented a variety of celebrities, professional athletes and large corporations. He has also been successful in litigating matters involving individuals and small businesses.

David Dow has an overall Peer Rating of 5.0 out of 5.0 by Martindale-Hubbell, he is a former member of the State Bar Committee, a member of the Boys and Girls Club of Scottsdale a member of aArizona State Bar and a member of the Maricopa County Bar Association. Most importantly, however, David Dow is a passionate attorney who loves and respects the practice of law. He is committed to his clients and understands that a client’s decision to hire Dow Law Office means that each and every client will receive the best possible representation.