Assault and Other Violent Crimes 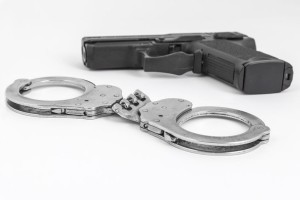 Being charged with armed robbery can have many serious repercussions.  Armed robbery is a Class 2 Felony and depending on a variety of factors, may be designated a non-dangerous or dangerous offense.  If, for example, it is designated a dangerous offense, one could face a minimum of 7 years in prison to a maximum of 21 years depending on a variety of mitigating and aggravating factors, even for a first offense.  Dow Law Office will examine the State’s case to discover any weaknesses and represent your interest vigorously to get you the best result possible.

Have you been charged with Robbery? Robbery is a Class 4 felony, which can carry a sentence of 1 to 3.75 years in prison for a first time, non-dangerous offense.  If the State designates the offense as a dangerous offense, the sentence could be 4 to 8 years for a first offense.  Dow Law Office is committed to advising you of  your rights, will vigorously represent your interests and will advise you of the process throughout the entire proceeding.

Pursuant to A.R.S. § 13-1203, “A person commits assault by: (1) Intentionally, knowingly or recklessly causing any physical injury to another person; or (2) Intentionally placing another person in reasonable apprehension of imminent physical injury; or (3) Knowingly touching another person with the intent to injure, insult or provoke such person. A person charged with assault faces a possible class 1 misdemeanor to class 3 misdemeanor and faces a possible sentence ranging from probation through six months in jail.

Contact Dow Law Office so that an experienced criminal defense attorney can review the facts and circumstances surrounding the assault and develop a plan of action tailored to your case. An experienced attorney will review the police report to develop possible defenses and make sure that your constitutional rights were not violated throughout the course of your arrest.

Pursuant to A.R.S. § 13-1203, a person commits an assault if the person causes “physical injury to another person”, places another person in “reasonable apprehension of imminent physical injury” or knowingly touches another person with the “intent to injure.”   Pursuant to A.R.S. § 13-1204, the charge may become aggravated under circumstances that include, but are not limited to (1) “serious physical injury to another”; (2) ”the person uses a deadly weapon or dangerous instrument” (3) “commits the assault after entering the private home of another with the intent to commit the assault; (4) if the assault is committed by a person above the age of 18 against a person under the age of 18; (5) the assault is against a police officer, firefighter, constable, or health care professional while engaged in official duties.